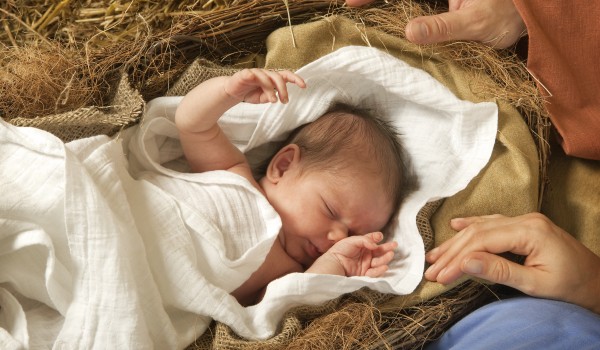 THE PROMISE OF THE COMING KING: ISAIAH 7

Before the days of battle came, God sent Isaiah with his infant son Shear-Jashub to meet Ahaz “at the end of the aqueduct of the Upper Pool, on the road to the Washerman’s Field” (Isaiah 7:3).

He was to review the political situation and warn Ahaz of the danger from Judah’s neighbors. God was still the Sovereign Lord, while Judah’s enemies were mere men.

God promised, “It will not take place, it will not happen,” but then went on to warn Ahaz. “If you do not stand firm in your faith, you will not stand at all” (Isaiah 7:7, 9). The plot to replace Ahaz came to nothing. Judah was defeated, but Ahaz remained king.

God then instructed Ahaz to ask for a sign. God had indicated ways that a prophet’s message could be tested. Isaiah’s demand that Ahaz ask for a sign, then, was not unusual. But Ahaz replied, “I will not ask; I will not put the Lord to the test” (Isaiah 7:12). At first this reply might seem almost pious. But it was hardly that! Not only was Ahaz insincere in his mocking quotation of Deut. 6:16, he was also disobeying a direct command of God through His prophet.  We can recognize Isaiah’s sharp rebuke. “Is it not enough to try the patience of men? Will you try the patience of my God also?” (Isaiah 7:13) In anger, Isaiah went on to announce a sign, but a sign that would come long after Judah was broken under the enemy.

“The Lord Himself will give you a sign: The virgin will be with Child and will give birth to a Son, and will call Him Immanuel” (Isaiah 7:14). The name Immanuel means “God with us.”

God is determined to act in human history.  One day the true King, God Himself, would take on human form. When God became Man with us, then the fears of Ahaz and all the glory of the kingdoms of this world would dissolve in the revelation of God’s true glory. The King would enter history as a Man, born of a virgin. When He, the ultimate sign, appeared, all nations would recognize the majesty and wisdom of the Sovereign God.

2. The judgment (Isaiah 7:15-25). When would the Immanuel come? Isaiah set no date. In fact, Isaiah immediately shifted to give a “near view” prophecy which would authenticate his exalted vision of the coming Deliverer.

Holding out his son, Shear-Jashub, Isaiah continued. Before the child he held in his arms was weaned (Isaiah 7:15), the two nations that Ahaz feared most would be laid waste and Judah herself would undergo oppression by Assyria, on whom Ahaz had pinned his hope.

Isaiah uses four names to describe the Messiah. These names have special meaning to us. The names of the Messiah reflect His purpose, His ministry and His nature.

Let us look deeper at these four names:

a. Wonderful Counselor – The Beauty of His Wisdom He is the Counselor, for he knew the counsels of God from eternity; and he gives counsel to men, in which he consults our welfare. He is the Wonderful Counsellor; none teaches like him. He is God, the mighty One. Such is the work of the Mediator that no less power than that of the mighty God could bring it to pass.

b. Mighty God – Eternal Existence and Nature. He is God, one with the Father.

c. Everlasting Father – Relational Position with humankind. God has a father’s heart. We are His children if we choose to obey Him.

d. Prince of Peace – Political Position. As the Prince of Peace, he reconciles us to God; he is the Giver of peace in the heart and conscience; and when his kingdom is fully established, men shall learn war no more.

The government shall be upon him; he shall bear the burden of it. Glorious things are spoken of Christ’s government. There is no end to the increase of its peace, for the happiness of its subjects shall last for ever.

No human king or president can fit in this category.  Not in the time before Jesus Christ and after Jesus Christ.

The exact agreement of this prophecy with the doctrine of the New Testament shows that Jewish prophets and Christian teachers had the same view of the person and salvation of the Messiah.

However some Jews are still waiting for their Messiah to come.

THE PROMISE OF THE KING FULFILLED: LUKE 2

Who else in history could fulfill the role Jesus as Messiah if he was not the One?

Who else in history can fulfill the role of the Lamb that takes away the sin of the world in reference to Abraham’s own son whom Abraham was willing to offer for a sacrifice?

Who else in history had changed the hearts of people from evil to goodness?

Who else in history liberated the poor, healed the sick, accepted the outcast, promoted equality, and exalted the humble and brought justice for all?

Jesus was more than a Prophet of Love as some say; He is Love, He is Messiah.

1. During the reign of the wicked king of Israel Ahaz, God revealed his plan for salvation for Israel. God’s grace was available to Ahaz. Ahaz rebelled against this grace because of his lack of faith in God, and paid the price.
When trouble came to Ahaz, the answer was plain and clear from Isaiah the prophet of God:
Return to the Worship of Yahweh.

Today this grace is available to you and me. Let us earnestly pray that it may shine into our hearts, and make us wise unto salvation. This grace is found in Jesus Christ and his gospel brings joy with it.

2. Bitterly angry with God, Ahaz closed the Jerusalem temple, stripped it of its remaining treasures, and even cut up the golden vessels dedicated to God’s worship. He “offered sacrifices to the gods of Damascus, who had defeated him; for he thought, ‘Since the gods of the kings of Aram have helped them, I will sacrifice to them so they will help me’  (2 Chronicles 28:33)

It is important to know and understand your Christian faith. Because if you don’t know what your belief, or Statement of Faith, chances are, you could worship another god thinking that you are worshiping God.

3. The Jews were delivered from the yoke of many oppressors; this was a shadow of the believer’s deliverance from the yoke of Satan. The cleansing the souls of believers from the power and pollution of sin, would be by the influence of the Holy Spirit, as purifying fire. The Messiah, Emmanuel, shall do these great things for the church

Israel’s sin is unbelief. But the rest of the world is no different. Our sin is worse if we know that He is the Christ and King but refuse to accept His lordship as king in our lives.

Revelation 1:7 tells us; “Look, he is coming with the clouds, and every eye will see him, even those who pierced him; and all the peoples of the earth will mourn because of him”. So shall it be! Amen.

The Messiah: He is King and He is God.

Will you make this Christmas season the time of decision to make His first coming a reality in your life and allow him to be King and God?

Once you know this reality you will look forward to His Second Advent, the Second Coming….”in the clouds”  Amen.