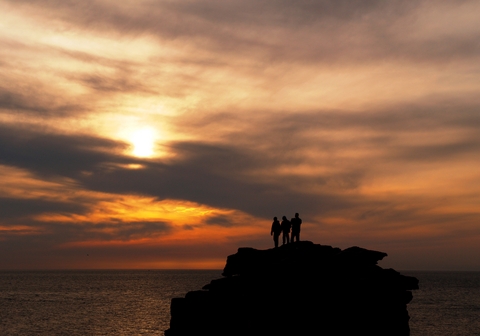 Maybe resurrection, like everything else, needs to be practiced. “Practicing resurrection.” It is a splendid phrase. It is a splendid truth. It is our Easter truth.
It does seem that in so many ways, people are longing for the evidence- the experience – of resurrection in their lives.
In so many ways, so many people are longing for a new life, for the practice of resurrection.
The women who arrived at the empty tomb on that first Easter morning really needed to know the resurrection. Think about it. They had gone to the tomb early on that morning to attend to Jesus’ body. This was to be the last, loving service they could do for their Lord. They had witnessed Jesus’ death. They knew that there was no time for a proper burial. So they came with spices to complete the burial rites. Their beloved Lord was dead. They could at least perform this one last act of love for him.

Their hearts must have been heavy. Their life with Jesus was over.
The one whose call had been irresistible, the one whose service was like no other service they had ever known, now lay lifeless in a tomb.
There must have been fear mixed in with their grief. Not just the fear of death. Not just the fear of the Roman authorities who were supposed to guard the tomb – but the fear that all their hopes and dreams had died along with Jesus, that they too lay lifeless in the grave.

This is what happens to love in the world. They had known perfect love in Jesus, and the world had killed him. The world can be a cruel and fearsome place.
However, something amazing happened when they reached the tomb.
When they arrived at the tomb, they entered into the place of their deepest and darkest fears. The stone was rolled away – and they entered the very place of death.
What did they find when they entered this place of fear and death? Nothing. No thing. No body. Nothing.
We are told that they were perplexed when they did not find the body, which is understandable. They feared that someone had come and had stolen Jesus’ body – which they would not even be able to care for it – to bury it properly – to look once more on that beautiful face – even in death.
But the angel announced – maybe sang to them –

“Why do you look for the living among the dead? He is not here, but has risen. Remember how he told you, while he was still in Galilee, that the Son of Man must be handed over to sinners, and be crucified, and on the third day rise again.”

They needed that resurrection.
They knew Jesus was dead. They KNEW death in a way we do not.
They knew also that dead bodies do not get up and walk away.
They did NOT know resurrection: “Remember how he told you.”

YES! They remembered, but… then they needed to practice the truth of the resurrection – even before they SAW it – or at least, that’s what the angel asked them to do!

Even before they saw Jesus alive – even without proof, as we demand proof, they needed to go and tell this news to all the rest of the disciples.
They got the good news that Christ is risen from the dead! Now they needed to change from people who perform rites for the dead, to apostles who bear witness to the living Lord. They needed to practice resurrection.
They needed to practice the truth – first.
They needed to boldly proclaim that God’s life is stronger than any death, that God’s love is stronger than any hate, that God’s peace is more powerful than human violence.
So they practiced on the men.
They told all they had seen and heard to the eleven and to all the rest. It must be said, the guys were a little slow on the uptake.
The words of the women seem to them an idle tale. They needed to practice resurrection too.
They eventually got it!
Then they saw – THEN they were rewarded for their trust – Then Jesus appeared to them –
The good news of Easter is that Jesus Christ, who was crucified, has been raised from the dead.
This belief, this truth, this resurrection, changes everything.
Cruelty is not the last word.
Sin and evil are not the ultimate powers of the universe.
Death does not get the final laugh.
Jesus Christ is risen from the dead.
God’s overwhelming forgiveness. His passionate love. His life that never ends – these are the final realities of the world.
Jesus Christ is risen today. The power of God is stronger than any tomb.
Jesus Christ has risen.
The good news of Easter is not only that Jesus Christ has been raised from the dead and lives now, but also that the power of the resurrection can transform our lives now as well.
New life is possible, now, here, today.
In order for that to happen, we need to hear the incredible news of death turned to life – of resurrection. To confess that this Jesus, who was raised from the dead, is our Savior – the Savior of the world. That he not only the forgiver of the sins of the world – but also the one who forgives OUR sin. This is faith. This is truth.
Even still, knowing that – assured of that – we also need to practice resurrection.
Maybe the resurrection life, like everything else, needs to be practiced.
In Jim Wallis’ book, God’s Politics, he tells a powerful story about practicing resurrection. He tells a story that took place in South Africa when, to all outward appearances, Apartheid still had a strangle-hold on power and Nelson Mandela was still in jail. Wallis was at an ecumenical service at the Cathedral of St. George’s, where Archbishop Desmond Tutu was presiding, when a group of the notorious South African Security Police broke into the service. Wallis writes:
“Tutu stopped preaching and just looked at the intruders as they lined the walls of his cathedral, wielding writing pads and tape recorders. … They had already arrested Tutu and other church leaders just a few weeks before and kept them in jail for several days. … After meeting their eyes with his in a steely gaze, the church leader acknowledged their power … but reminded them that he served a higher power than their political authority. Then, in the most extraordinary challenge to political tyranny I have ever witnessed, Archbishop Desmond Tutu told the representatives of South African Apartheid, “Since you have already lost, I invite you today to come and join the winning side!” He said it with a smile on his face and enticing warmth in his invitation, but with clarity and a boldness that took everyone’s breath away. The congregation’s response was electric. The crowd was literally transformed by the bishop’s challenge to power. From a cowering fear of the heavily armed security forces that surrounded the cathedral and greatly outnumbered the band of worshippers, we literally leaped to our feet, shouted the praises of God and began dancing. We danced out of the cathedral to meet the awaiting police and military forces who, not knowing what else to do, backed up to provide the space for the people of faith to dance for freedom in the streets of South Africa.”

Ten years later, Wallis attended the inauguration of Nelson Mandela as president. Wallis spoke to Archbishop Tutu and asked him if he remembered that earlier day when they had danced out of the Cathedral onto the streets, and Tutu said that, indeed, he did remember.
Wallis reflects that Apartheid did not die on the day Mandela was released or inaugurated, but that it died the day of that celebration in the church, when they danced for freedom in the streets of South Africa, practicing freedom before freedom was realized.
Practice Resurrection! LIVE as if it were the dominant truth of your life – because it is. Resurrection, like everything else, needs to be practiced.

Is it possible to practice resurrection in our own town?
Can we, like those first women who came to the tomb, practice resurrection with our own lives? Our own voices?
We don’t need to go about looking for the dead among the living, and we don’t need to go about living like the dead among the living.
Jesus Christ has been raised from the dead. He is alive.
Because He is the first fruits of all those who have fallen asleep- the FIRST to be raised – we can be assured that a similar future awaits us.
We need to be reminded of the truth of the resurrection over and over again.
That is not enough, we also need to practice resurrection. The truth of Easter is that the promise of new life doesn’t just await us in the future, but that we are able to live new lives, here and now, by the power of the resurrection.

If for this life ONLY, we have hope in Christ.