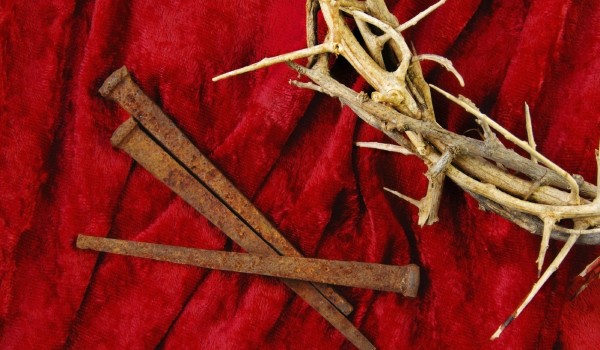 Opening video – Those Were My Nails by FFH set to scenes from the Passion. This video and many like it may be found on YouTube.

Intro to Ash Wednesday – What is it and why?
Ash Wednesday is a special time in the church’s life that marks the start of Lent. Lent is the period of time between Ash Wednesday and Easter Sunday. On Ash Wednesday, we remember our own mortality and prepare for Resurrection Sunday.

In the Bible, ashes represent repentance and humility before God.

Genesis 18:27
27 Then Abraham spoke up again: “Now that I have been so bold as to speak to the Lord, though I am nothing but dust and ashes

Esther 4:1
When Mordecai learned of all that had been done, he tore his clothes, put on sackcloth and ashes, and went out into the city, wailing loudly and bitterly.

Daniel 9:3
3 So I turned to the Lord God and pleaded with him in prayer and petition, in fasting, and in sackcloth and ashes.

Ash Wednesday is a somber day of reflection on what needs to change in our lives – if we are to be fully Christian. Are there things we can give up/fast to help us become more like Christ during this time?

Special Song – He Looked Beyond My Fault

*During this time various items will be carried down the center aisle by different people. Once the item is brought down, it will be set at the foot of a cross or on a table to be viewed. I would encourage soft music to be played as the items are walked down.

First item brought down to lay at the cross – The Whip

John 19:1
Then Pilate took Jesus and had him flogged.

The Romans were experts in the art of flogging and even had a name for the whip they used. The cat of nine tails. They even went so far as to tie in shards of broken pottery, pieces of glass, and rusty metal scraps to inflict cuts, tears and as much pain as they could on their victims. You can imagine the sting and burn of just one crack with this tool of torture.

The flogging was crass. It was brutal. Yet it was a part of the way in which God worked His redemption for us. A tool designed by our hands to inflict pain was actually used against Him to bring about a healing. “with his stripes we are healed.”

Congregational Hymn – There Is A Redeemer

Second item brought down to lay at the cross – The Crown

John 19:2-3
2 The soldiers twisted together a crown of thorns and put it on his head. They clothed him in a purple robe 3 and went up to him again and again, saying, “Hail, king of the Jews!” And they slapped him in the face.

A crown of thorns. Is that the headpiece of a true king? Yet, it’s what Jesus allowed Himself to be crowned with. Why did He do it? The words of the old hymn A Crown of Thorns tell us why.

A Crown of Thorns  Ira Stanphill ©1952 New Spring   There was no crown for Him of silver or of gold  There was no diadem for Him to hold.  But blood adorned His brow,  And proud its stain He bore,  And sinners gave to Him the crown He wore.   CHORUS  A rugged cross became His throne  His kingdom was in hearts alone  He wrote His love in crimson red  And wore the thorns upon His head.   He did not reign upon a throne of ivory  But died upon the cross of Calvary.  For sinners there He counted all He owned but loss  And He surveyed His kingdom from a cross.   No purple robe He wore,  His bleeding wounds to hide  But stripes upon His back He wore with pride.  And from the wounds there flowed a crimson, cleansing stream
That was a cover for the soul unclean

Congregational Hymn – Jesus Paid It All

Third item brought down to lay at the cross – Nail

Colossians 2:13-14
13 When you were dead in your sins and in the uncircumcision of your flesh, God made you alive with Christ. He forgave us all our sins, 14 having canceled the charge of our legal indebtedness, which stood against us and condemned us; he has taken it away, nailing it to the cross.

Reading from The Tradition of Passing the Roman Nail, TON, Inc

They say that Christ died of suffocation, but it was most definitely the nails—for the nails are what held his arms in such a way as to choke the pure air from his lungs and asphyxiate Him. Yes, it is appropriate for us to see and look at one of the nails that held Him to the cross.

This same kind of nail passed from a legionaire’s hand, straight through Christ’s harmless hands—the hands that held the lepers and the hands that held the children. Christ, the carpenter/stone worker knew about nails. He knew a nail’s broad head was designed for easy hammering and its square edges designed to better secure it when driven hard. What He had known as a tool, had become a weapon—a weapon that is still pounded today to keep Christ’s hands open—pinned apart—unable to reach out and embrace us.

Spikes of guilt, anger, shame, apathy, bitterness and pride, still endeavor to keep Him on the cross and away from us. Yet, therein lies the ‘joy of the nails’—for the nails were left behind. Left behind for us to pick up at the cross—unable to cross eternity—unable to cross the Great Divide—unable to cross the bodily resurrection of a body it could not hold down. So the nail becomes a monument of mankind’s utter failure at the most evil of all schemes. The nails that punctured His flesh could not puncture His plan. The blood that covered the cross, first flowed for those who held the hammers…even ourselves.

Congregational Hymn – I Know A Fount

Closing Challenge
What can you fast for Lent that will help you draw nearer to God?
Would you consider giving something up or changing a pattern in your life to draw closer to our Savior?
Take a moment to meditate upon this, to pray, and to think about how you will respond.