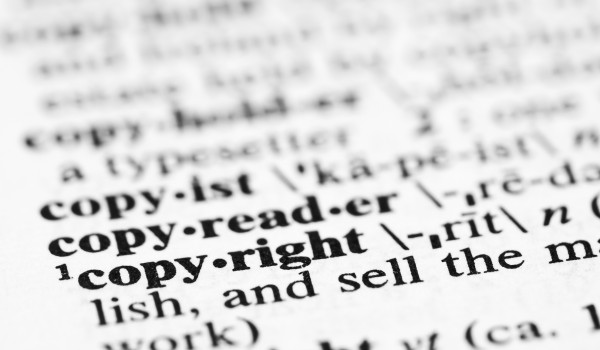 It was clear that it was time to talk about sin in our church. Not because sin was rampant, but because it had spent much of the previous two years as an ancillary to other themes: mission, sacrifice, working through full biblical narratives, Advent, Lent, etc.

In order to address the theological concept of sin, it was decided that we would walk through The Seven Deadly sins – a gift that the church has handed down now for perhaps as many as 1600 years. In order to address the sins of anger, envy, gluttony, sloth, pride, lust, and greed, I needed a launching place – especially since a simple list or text of the Seven Deadly Sins is not canonical.

As such, I turned to Dr. Dan Boone’s helpful little book on the subject. He provides a critical look at these sins, and does so in a narrative fashion that draws in the reader. This book became not only a launching point for me, the preacher, but was also a resource that I was able to give every small group leader and participant in the church. This allowed them to hear another voice on the issue as they journeyed through the heavy concept of sin.

However, handing over a primary source to the people of the church kept me honest in two important ways: (1) it demanded that I do the hard work of creativity and (2) it assured that I was honest in avoiding plagiarism. If the work of a preacher who is ahead of me in skill, experience, and craft is guiding the conversations of our small group, it demanded of the Sunday morning preacher that the sermons have a quality to match and launch conversation as well as stories and illustrations that further modify the work of the primary book without simply quoting or copying them.

If you your sermon is heavy on quoting a primary text or commentary, you are most likely defeating the purpose of a sermon and the act of preaching. This includes if you make it clear by citing orally whose original idea it was.  When coming to a primary source or a commentary, the preacher does so with the intent of formulating their ideas [not taking the ideas of others] that they have prayerfuly developed.  At this point, if you are quoting heavily other scholars or pastors, you may be avoiding the strict definition of plagiarism, but it would likely be a bad sermon. If not bad, it is most likely not a sermon for the particular context to which you are ministering and preaching.

Working alongside the idea of the seven deadly sins, utilizing Dan Boone’s text can help push our definitions and understandings of sins such as sloth and pride. From there, it is the work of the preacher to lay out pages or come to a white board and brain storm memories, movies, songs, video games, stories, or novels that help illustrate the ideas that the text brought to you. This was evident in reminding our people of Gordon Gekko during greed week and exploring the vile pop song “Blurred Lines” during lust week.

It was also vital that I included biblical narratives to help us see how God’s call into holiness [or call out of these sinful patterns] was biblical founded. As such, I connected pride to King Nebuchadnezzar, sloth to David’s temptation for the easy way out of penance at the end of 2 Samuel and anger to the Sermon on the Mount.

This work of finding my own illustrations and exploring the biblical narrative for a fresh word to our congregation were vital ways in which the sermons that began by considering someone else’s worked ended by being my own sermon.

There was two times that through the sermon series that I borrowed directly from the book. The first was a common knowledge story of nine of the wealthiest men in the world meeting together in 1923 (Boone, 104-5). The other was a story that simply could not be topped; no matter how much creativity I drew out of myself. That story was citied to the congregation and full credit was given.

It generally bothers me when I read a serious academic book that has paragraph after paragraph of cited work of another scholar. Certainly, I understand why it is that authors do this. However, there is a breaking point for a reader. I imagine that the threshold is much shorter for a listening audience.  Certainly, a good sermon is very well sourced by exegetes, preachers, and scholars, who are more talented than we. Utilize those great sources of knowledge that make the church.

However, the sermon is to be ours.  It is to be written through our prayers, our work, our study, and our creativity. God has called us to that place at that time.  God has called you to preach to that audience. As such, trust God’s call. Use your creativity, tell your stories, do your exegesis. As great a preacher as a Dan Boone, or a Fred Craddock, or a Will Willimon is, they do not know your context. In order to avoid simply plagiarizing other people’s sermons, it may be helpful to see yourself as the interpreter for your local community. You are the preacher that God has equipped with theological training for that particular community, and like a missionary to a foreign place, you know the customs, languages, idioms, interests, and concerns of that local body. It is, therefore, our job to scourer the resources for great ideas. It is also our job to place the resources into language for our people to hear.

Were it to be helpful to you, I have attached the podcasts of my sermon series where I began with Dan Boone’s primary source and made the sermon series my own. I preached 5 of 6 sermons on the topic [combining greed and gluttony because of their similar themes and asking my talented youth pastor, Amanda Lawton to preach “Envy” in my absence]. My hope is that hearing this evokes some of what I am pushing toward in this article. There are thematic connections up and down these sermons from the book on “The Seven Deadly Sins.” However, most all of the illustrations and exegesis is explicitly my own.

Hopefully, this will all spur us on to confidence in our call, as well as a reminder that we are called to be creative, inspired preachers utilizing the gifts and skills that God has given us primarily, and the work of those who have gone before us as a guide – and not a crutch – to be the preacher we were formed to be.

Timothy Brooks is Lead Pastor of South Portland Church of the Nazarene (Portland, Maine) and an Associate Editor of Preacher’s Magazine.