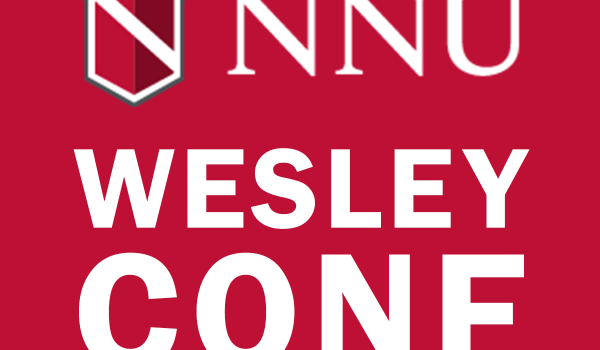 by Joshua Warren, preached at the NNU Wesley Center Festival of Young Preachers 2018

In the fourteenth year of King Hezekiah, King Sennacherib of Assyria came up against all the fortified cities of Judah and captured them. The king of Assyria sent the Rabshakeh from Lachish to King Hezekiah at Jerusalem, with a great army. He stood by the conduit of the upper pool on the highway to the Fuller’s Field. And there came out to him Eliakim son of Hilkiah, who was in charge of the palace, and Shebna the secretary, and Joah son of Asaph, the recorder.

Then the Rabshakeh stood and called out in a loud voice in the language of Judah, “Hear the words of the great king, the king of Assyria! Thus says the king: ‘Do not let Hezekiah deceive you, for he will not be able to deliver you. Do not let Hezekiah make you rely on the LORD by saying, ‘The LORD will surely deliver us; this city will not be given into the hand of the king of Assyria.’ Do not listen to Hezekiah; for thus says the king of Assyria: ‘Make your peace with me and come out to me; then every one of you will eat from your own vine and your own fig tree and drink water from your own cistern, until I come and take you away to a land like your own land, a land of grain and wine, a land of bread and vineyards. Do not let Hezekiah mislead you by saying, ‘The LORD will save us.’ Has any of the gods of the nations saved their land out of the hand of the king of Assyria? Where are the gods of Hamath and Arpad? Where are the gods of Sepharvaim? Have they delivered Samaria out of my hand? Who among all the gods of these countries have saved their countries out of my hand, that the LORD should save Jerusalem out of my hand?’”

When King Hezekiah heard it, he tore his clothes, covered himself with sackcloth, and went into the house of the LORD. And he sent Eliakim, who was in charge of the place, and Shebna the secretary, and the senior priests covered with sackcloth, to the prophet Isaiah son of Amoz. They said to him, “Thus says Hezekiah, ‘This day is a day of distress, of rebuke, and of disgrace; children have come to the birth, and there is no strength to bring them forth. It may be that the LORD your God heard the words of Rabshakeh, whom his master the king of Assyria has sent to mock the living God, and will rebuke the words that the LORD your God has heard; therefore lift up your prayers for the remnant that is left.”

When the servants of King Hezekiah came to Isaiah, Isaiah said to them, “Say to your master, ‘Thus says the LORD: Do not be afraid because of the words that you have heard with which the servants of the king of Assyria have reviled me. I myself will put a spirit in him, so that he shall hear a rumor, and return to his own land; I will cause him to fall by the sword in his own land.’”

When I come to this scripture, I am reminded of the suffering of the teary-eyed-boy. The night that the teary-eyed-boy was conceived, his father had used crack – to put it the way that I had heard it described, “He was a crack baby.” The majority of his childhood, the teary-eyed-boy’s family would move from one run down trailer to another because all the rent money was used on Meth, pills, and alcohol. The world had always only ever told him, “You won’t make it.” And when the teary-eyed-boy was about seven, his family broke.

The teary-eyed-boy’s father picks up the youngest brother, an infant, and says to the mother, “Those aliens that had abducted me, they’ve abducted you and infected you. I’m taking my son before you infect him too!” – the mother, grabbing for her baby, responds, “You are not taking him anywhere. You’re high.” The father grabs the mother, beats her in front of the teary-eyed-boy, all the while she is screaming, “Call 911.”

But it wasn’t over for the teary-eyed-boy. Soon there was a divorce, but for nearly five years the family lived in fear as they were stalked by the father. Gunfire in the middle of the night, cars following them on the highway, and disruption at school. It all stopped eventually, and the teary-eyed-boy came home to find out that his father had been killed in an argument over drugs. The world says, “You won’t make it.” We can’t describe the feeling of that kind of suffering. Sorrow? The one person who everyone blamed for destroying his life was now dead. So was he to rejoice? His father, whom he loved, was now dead. I heard the voice of the teary-eyed-boy say, “I don’t know how to feel anymore—joy, anger, sadness, love, hate. There’s nothing. There isn’t a point to anything anymore.” The world says, “You won’t make it,” and sometimes it seems true. We are all children of suffering. Some of us have been touched by the pain of divorce, many of us know what it’s like to watch our family spiral into the destruction of addiction, and some of us know what it’s like to be stuck with the world closing in around us. In a way, we are all the teary-eyed-children – when we get in that argument with our spouse, when we hear those devastating words from the doctor, or when we are let go from our job. The tears come back with the words from the world saying, “You won’t make it.”

You can see why today’s scripture would be so difficult. Reading about the people of God, I’m reminded of the teary-eyed-boy because they find themselves hearing similar words. Assyria says to the people of God, “You won’t survive.” In our scripture, we find that Judah is back up against a wall by one of its contemporary nations. The superpower army of Assyria has already taken down a number of the cities, and now it surrounds Jerusalem. And, while we did not read it this morning, the first part of the story gives a word spoken by the Assyrian representatives, “You won’t make it! You don’t have enough soldiers. Are you going to rely on the Egyptians to help you? We’d break them like a stick. Are you going to rely on God? He’s abandoned you, and has joined our side.”

Now, as the Jews looked over the Jerusalem wall, I’m sure they felt that way, feeling like they were abandoned like God had joined the other side. It’s that feeling you get when you believe it, “We won’t make it. We won’t survive.” But when no one from Jerusalem responded to the Assyrians, they closed in, even more, calling out, “Hear the word of the Great king, the king of Assyria: Don’t let your own king, Hezekiah, trick you. He cannot save you. You have lost. You will be taken from your land, from everything you have, and no one can save you.” They kept going, “Did anyone save the others that we conquered? Did any of the gods of those other nations save them? No, and neither will yours.”

Sometimes, we find ourselves in places where we just can’t win. We are surrounded, and the Assyrian would shout, “You won’t make it. You have failed.” In the midst of such suffering, we start to believe that there will be no rescue – neither from friend nor God. “Egyptians? Where are they? God? Where?” The voice of Assyria comes in and robs of any confidence. When everything which could have saved ends in failure, the only logical end is defeat. It’s that voice of defeat that says, “You will fight with your children this week.” Defeat that says, “This marriage, it can only end in divorce.” Defeat that says, “He won’t recover from that surgery.” Defeat that tells us, “You won’t make it. You won’t survive.”

And this is the suffering. The suffering which so cripples us with fear that any response seems futile, causing the teary-eyed-boy to say, “There isn’t a point anymore,” and causing Hezekiah of Jerusalem to say Isaiah, “This is at day of distress, rebuke, and disgrace; children have come to the birth, but there is no strength to bring them forth.” In other words – this suffering causes us to realize that we have lost. We are left crying out for peace.

Our cry does not go unheard. The prophet Isaiah stands before Assyria and says, “Do not fear because of what Assyria has said. God will respond.” Prophets step into the midst of violence and suffering, speaking of a world of peace. This prophet comes in comes in speaking the same good news that is spoken throughout scripture, “Do not fear. God is with us.” The prophet presents an alternative, one that is not about destruction nor about fighting back. The prophet rejects the logic of defeat and claims of the world about survival by speaking a new claim and giving a new logic. The prophet rejects fighting back, the prophet rejects fleeing from suffering. The prophet comes in preaching the sweetest tasting words for those in suffering, “God will respond.” The good news of the prophet is that God responds with a presence which casts out fear. Assyria told the people of God, “You won’t survive.” But we know that’s not true. The people of God did survive the pressures of suffering.

God is with us even when we hear the words, “You won’t survive.” The prophet is not saying that there won’t be suffering. Of course, there is suffering. The prophetic response to suffering is claiming that God is with us. I do not pretend that we all have walked in here without a deep understanding of pain. We know it all too well. The world has convinced us that we can’t win; the voice of the world says so. But, friends, today the prophet Isaiah speaks with a different kind of voice: “Do not fear. God is with us.” I know that the prophetic word is true. I know it is true because I am the teary-eyed-boy, and these were my fears, my sufferings, and my pains. Where the world has only ever taught me that I might as well give up, God breaks in and offers something else. God breaks in an offers Immanuel. Immanuel is the place where suffering meets peace. For us, Christ has become the claim that we will survive. Christ has become the claim that our suffering is not done alone. We are not abandoned. God has broken into our scripture and into our lives offering us peace in the face of our suffering. Hear the words of the prophet today. Be at peace. Reject the claim that you won’t make it. The prophetic word of Isaiah is the offer of “God with us.” God is with us. God is with us. Do not fear!