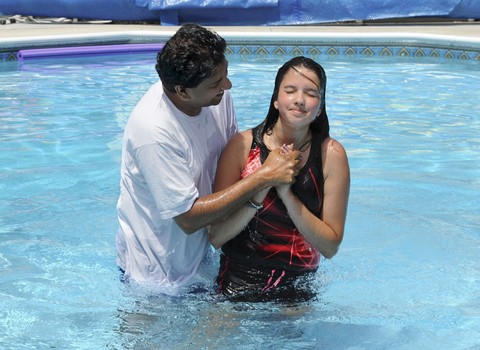 How do you know that on March 20, spring began?
Do you know it primarily because the calendar told you so? Is it because it was written down somewhere in an almanac, or because it was announced to you by some television newscaster? Is this evidence – the core of spring’s reality for you?

How would you prove to somebody that spring has really begun?
If it were up to me, I’d skip the proof text, the scientific evidence, and the calendar.
I’d take the person out to our front porch at night, or out to the parking lot at our church after dark, and let them listen to the shrill sweet song of the spring peepers, those wonderful little frogs that, to me, herald the coming of spring.

Or, I’d walk with them through the field and show them how, indeed, the “green blade riseth from the buried grain.” Oh, you have to get down and look closely, but there it is, new green shoots emerging from darkness, cold and death.

Or, I’d get them to stand with me and watch the turkey vultures, my very favorite of all the birds, making shadows on the ground beneath their graceful, wide-wings soaring in wide circles over our land.

My own best evidence is the fact that I am sneezing, even when my favorite dog is not around. There is evidence within my own body, within my own experience, that spring has indeed begun!

Now see – that is a simple parable. And it has a more important parallel.

Nobody cares if you can prove the resurrection of Jesus. In the first place, you can’t. In the second place, even if you could, proving that fact – as a fact – does not provide a shred of empirical evidence to anyone else, either that the resurrection of Jesus Christ matters ultimately to you, or that His rising from death has changed your life in any measurable way.

Even if it has not, it hardly matters whether you can prove that Jesus got up and threw off those grave clothes or not.
It doesn’t work that way.

Remember that on Good Friday, we said that our faith depends entirely on Jesus’ willing, sacrificial death on the cross.
We also concluded that we would never know that his death was different from any other of the many Jewish crucifixions carried out by the Romans in Palestine – different from the deaths of the two crucified with him, for that matter, apart from his resurrection.

We then stated that for the early church, the resurrection of Jesus Christ was the one, essential, indisputable, central proclamation of the early Church!

I did not suggest that the early church went out armed with, “Evidence That Demands a Verdict.” I did not imply that the first Christians felt any need to write books like, “The Case for the Resurrection,” or even, “The Case for Christ.”

What they actually did was something quite different – more costly.

They accepted the accusations of “atheism” for ignoring the required sacrifices to Roman deities – and sang hymns to Christ as God.

They suffered. They were misunderstood. They sang anyway. What they did not do was pout, whine or complain that their lot in life was too hard, or that others mistreated them. After the crucifixion and resurrection of Jesus, nobody said that. They sang. In prison and out of it. In trouble and in joy. They really did see life from a new perspective – having been really reborn as citizens of a new kingdom.

They gathered together, when it was legal and when it was not, to eat the bread and drink the wine that, “proclaims the death of the Lord until he comes again.”

They went out into the garbage dumps of Rome and gathered in the babies, mostly girls that had been left – “exposed” they called it – by fathers unwilling to claim them, and raised them as their own.

They loved their enemies, refused to take up arms against them, chose not to go to court against each other – no matter the dispute – and forgave even those who murdered them for their witness.

They sang. They wrote poems. They preached. They radiated a quality of life that was unmistakably different from what they had lived before.

They scratched crosses and fish on the walls of the burial catacombs where they met in secret and they drew them in the sand, too.

They showed everyone around them, jailers, executioners and admirers, too – that Jesus Christ was alive! That they still followed him. That He was the Lord who demanded their allegiance – Lord even over Caesar Augustus – and over every other ruler, human or spiritual in Rome – or in any other part of the earth. They showed it by doing what he did and what he told them to do.

“Behold, how these Christians love one another.”

They played music. They wrote music. They sang. They kept adding to their fellowship all who came to them. They outgrew the houses where they first came together. So they built larger rooms, and then whole buildings where they could gather to praise the God who had raised Jesus from the dead.

They baptized each other – no longer into John’s baptism, but as a visual reminder, an acted-out proclamation that Jesus, the “new Moses,” had “led them through the waters.” That they had “passed over” through this new “red sea” into new life, free from “Egypt,” slavery, sin.

Everyone knew who they were. They were everywhere. They shined like the sun in a dark place. They poured out from their own hearts, living water, to those who were thirsty.
They lived life so spectacularly that others went, – “Whoa – what IS this?” They longed to live, again, and for real, too…to be born all over again “into a new and living hope.”
They opened their hearts and their changed lives to those around them, and they sang, perhaps they rang bells as well.

We do know that they ran all over the empire and proclaimed, “Caesar is NOT Lord. What you see is NOT what you get. What Caesar tells you is not all there is to hear. Jesus is Lord…of all the earth, He is the King of creation…Alleluia!”

They did not write philosophical times or collect proof texts.

They dragged others outside to see the turkey vultures, to listen to the spring peepers, to look for evidence of green in fields of brown stubble.
Those who have ears to hear – let them hear.

Because that is really what shows another that it matters that spring is come.

Or that Christ has risen.

Alleluia! Christ is risen!
(The Lord is risen indeed, alleluia!)