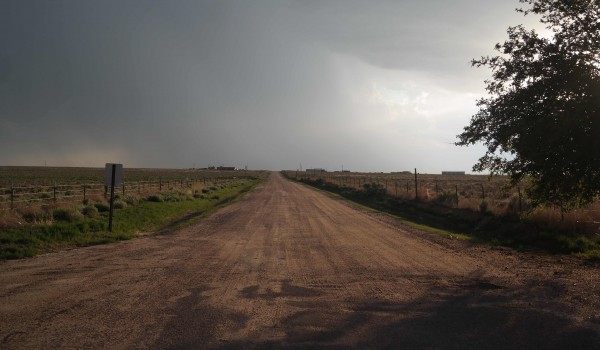 “Journey to the Cross: Can it be Missional?”
Rev. Vipul Kharat, Pastor, All Nations Nazarene, Auckland, New Zealand

In the hymn, Arise, My Soul, Arise, Charles Wesley wrote:

“Five bleeding wounds He bears; received on Calvary;
They pour effectual prayers; they strongly plead for me:

Good Friday takes us closer to the cross of Calvary.  At least at this time of the year, we are more focused on the cross.  Many times, the individualism of our culture ushers us into a thinking, which reflects our own monopoly on the cross.  This can lead to building a private stairway to heaven away from the people around me that “God so loved…”  How can this Good Friday be a Missional Good Friday?  Is there any chance of including “others” around us on our journey to the cross?

Let’s look at how we can appreciate the work of Jesus on the cross for ourselves as we look at some redemptive analogies in other faith practices in order to build a bridge on our way to the cross.

An urban legend/superstition in India states that when a person dies during construction of a large building or highway it is “good luck,” or an “auspicious” occurrence. It is common knowledge among the industry that some contractors deliberately push people off the scaffolding during construction work or bury them alive while building a dam.  Unfortunately, most of the time, the victims are poor construction workers.

The assumption behind this sad practice is that in order to invoke the blessings of gods, someone must lose their life – someone must spill their blood.

A brief Google search on the goddess Kali will freak anyone out as one reads the numerous accounts of people sacrificing their children to this goddess.
(http://www.pitt.edu/~dash/sacrifice.html#madras)

Hinduism
In Hinduism, the concept of “sacrifice,” is vivid and conveys the idea of the shedding of blood as being the ultimate act of devotion a devotee can commit in order to please their god.

As foreign as these practices are, there seems to be the desire to offer god the best and the ultimate in order to please him.  It seems this desire to please God at any cost is universal and exposes the desperation of a “lost heart” to find intimacy with the Divine.

In the Rigveda, a Hindu holy book, the creator god – Prajapati, delights in sacrifices but becomes weary of the bloodshed and decides to offer his own life as a sacrifice in order to stop the bloodshed once and for all.

Islam
The “Korbani” sacrifice in Islam, follows the narrative of Abraham’s story:
“When called upon to prove his love for Allah, Abraham was willing to offer his son as a sacrifice.  Abraham’s willingness to offer God the ultimate in his life – a son he loved, is an act of sacrificial living that pleases Allah.”
(http://www.quran-slam.org/articles/abrahams_sacrifice_(P1164).html)

On another note, the Arabic word « jihad » (root is j-h-d), is the means or currency to trade in this life for the life to come – a person becomes a martyr. This earthly life is exchanged for the hope of paradise. (Sura 61:10-12)

Judaism
The Torah prescribes sacrifices for people to experience a closer intimacy with God.  The centrality of sacrifices in Ancient Israel is clear, as with much of the Bible, particularly the opening chapters of the book of Leviticus, detailing the exact method of bringing sacrifices. Sacrifices were either blood sacrifices (animals), or bloodless offerings (grain and wine).

At any case, any faith founded on the law of Moses, would agree as it is mentioned in the book of Hebrews: “In fact, the law requires that nearly everything be cleansed with blood, and without the shedding of blood there is no forgiveness” (Hebrews 9:22).

Reflection
Could it be that everyone in their own way realizes the need to be cleansed from their inherent sin?  That, inherent in these sacrificial practices, is the admission of the fact: “All have sinned…” and, ”the wages of sin is death?”  Could it be that our impetus for pleasing the Divine, by offering that which is ultimate, is the cry of a restless heart to find rest? To find a Savior?

Perhaps the postmodern world will accept the universal cry that defines sin as the deadliest disease with which anyone can be contaminated.  The only remedy for such a deadly disease would be to find the most expensive commodity available on this planet.  Surely, nothing can be more precious and costly than “blood” – Life giving blood!!!  However, that blood also cannot be just any blood – it has to be the “purest of the pure.”

So the Big Question becomes: whose blood would be of that quality?

The cross of Calvary is the ultimate act of obedience to God where the only pure blood was shed once and for all.  In that act of sacrifice, the blameless Lamb of God took away all the sins of humanity.

Jesus’ virgin birth, sinless life, miracles, teachings and His ultimate death and resurrection are not only proof that He qualified as this sacrifice, they, through Him, are life changing and He continues to be the centerpiece of history 2000 years after His birth!  His message of powerful love is beyond any comparison – whether it is accepted or rejected: it remains crucial to the balance, harmony, peace and healing of our planet.

Thus Good Friday has a twofold meaning:
One: Jesus became my substitute, shed His blood for my salvation and set me free.  Second: the Prevenient Grace of God has already switched on “eternity in the hearts” of the people I work with, live with, go to school with. They need to know the missing link of Calvary’s cross, to which most of their religions point to anyway – if they really think about it.

The apostle Paul reminds us in Romans chapter 12 , “ in view of such a sacrifice, we are to offer our lives as living sacrifices, holy and pleasing to God”.  The Missional mindset will help us engage with the world outside, people of other faiths, immigrants who are moving by thousands to our neighborhoods.   Our desire should be to understand what they believe, but also learn why they believe what they believe.  The process of bridge building will become easy and exciting when we will respect their stories.

On this Good Friday, I would like to challenge you to:
Take your own personal journey to the cross and then, intentionally try to invite somebody else to take that journey with you too!!!