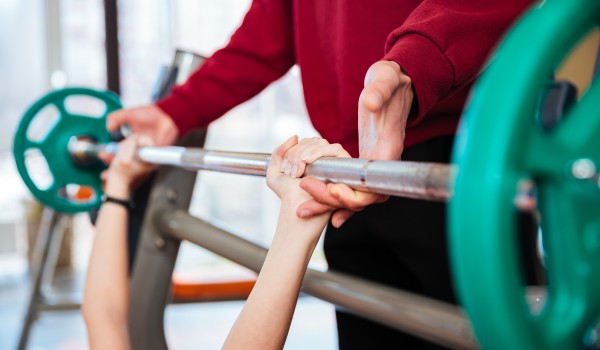 Our passage takes place during the passover meal Jesus shares with his disciples the night before his death and is a part of a greater section containing Jesus’ last words to his disciples. Judas has just gone off into the night, to « do what he must do, » and Jesus, in true Johanine fashion launches into a theological discussion about the glorification of God, through the glorification of the Son of Man. Jesus explained to his disciples that in him God is glorified and he himself is then glorified in God.

Jesus is — in the culmination  of his life’s work, his death and resurrection   — the Son of Man. As the Son of Man, Jesus is truly human. He is humanity as it was created to be. Truly and perfectly human, what it means to be human in ways that we who are less than human (in our broken and fallen state) could never dream to be without the glory which is brought to God ultimately through the life, death and resurrection of the One who is truly human and truly God. In the death of Christ,  God is glorified because in this ultimate act of selfless, self-giving love, the love of God for humanity shines forth. Jesus is glorified as the love of God is revealed in him. The generosity of self giving love exhibited in Christ’s death is a love which invites humanity into relationship with God. It is a generosity of love that calls to us outside,  like the first warm day of the Spring, inviting us to throw open our doors and windows and immerse ourselves in the sun’s light, we are invited to join the spirit of love to participate in the depth of such a love. This is what it means for the glory of God to be revealed to humanity in the Son of Man. God giving God’s self to us, as Christ dies on the cross for all humanity because of this love. God is glorified, through God’s being revealed in Christ’s self-giving love.

Then Jesus turns to his remaining disciples, calls them his little children. Calling them his little children for us, who are so family and often child oriented,  a feeling of loving intimacy. Little Children, is a term which is for the first time in the gospel here. The phrase does hold a certain intimacy and closeness, our culture would encourage us to assume with such a phrase but not quite the familial feeling we would expect. It would not atypical for a rabbi to call his disciples his children. There is also interesting juxtaposition here with  John calling Jesus the Son of man,  One who is truly human. These disciples here are the (first) children of that One. Disciples and those who follow (us)  are children of the One who reveals to us what it means to be truly human.

Jesus once again makes reference to his death (and ultimately his ascension) telling them that a time is coming (soon) when he will no longer be with them. They will look for him but he will not be there, but before he leaves he has some important things to tell them, and thus begins a the final speech Jesus gives his disciples (which goes on for the next several chapters). With the glorification of God, a new beginning is made, and with this new beginning comes a new command, even if the new command is not really new at all. The new command is a command to love.

They are to love one another. The call of those called by God to love is not new but this is a new, or renewed call for these children. The command to love one another is a command given by God throughout the Old Testament, but here in light of all that is about to happen, Jesus breathes new life into this old command by giving his disciples a new reason for it, making it new again. Jesus gives his disciples a new identity as his”little children.”  Children of the Son of Man, children of the One who reveals God and the love of God to the world. As receivers  of new identity they also receive  a new command. By exhibiting the same kind of self-giving, self-sacrificing love revealed in Christ death, they will be revealed as followers, children of the very one who loves thusly. Jesus calls for them to reveal themselves as children of the Son of Man by loving one another as the Son of man loves one another.

There are four main topics from which one could use as preaching point from this passage. One could tackle the glorification theme from the first two verses. Bringing the deep theological truths of the glorification of the Father in the Son and reciprocal glorification the Son in that of Father to a congregation could be challenging and rewarding. Finding  just the right connecting points allowing them to see how the love displayed  through the self-giving of the Son reveals and brings glory to God and even as the sacrificial death of the Jesus is allowing the true nature of the Father to shine forth the true personhood of Jesus as God is likewise revealed.

There is also so much you can bring to a congregation if you focus on Jesus calling the disciples “little children.”  Perhaps your congregation needs to be reminded of the intimate relationship we as disciples have with Jesus Christ, firstly as our rabbi and teacher in the ways of the love of God, but also as children of the One who is truly human who lived and died to show us what it looks like to live the love of God. We are heirs to the life of love Jesus lived and heirs to the loving relationship with God his death and resurrection opened up for all humanity, and into which all those  who are called  by his name are called to live.

There are then two preaching points one can draw from the command to love itself. The first being the call on all of Christ’s disciples to love one another. We are called as the Church of Christ to live in loving community. Our first call is to love those who are also Christ’s disciples to love each other with very same self-giving, self-sacrificing love Christ show us. Secondly, is that this call is ultimately lived as a witness, as an example to the world around us. That this kind of love, lived out faithfully in community will draw others to Christ.