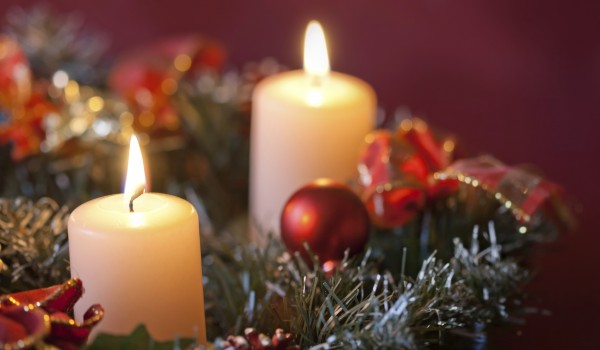 In Luke 2:41-52, the gospel writer transitions from the birth and infancy narratives to the adult ministry of Jesus by providing the only account in Scripture of the boy Jesus. Yet, for a transitional story, it is an awkward piece, almost appearing like it has been dropped into the bigger narrative, with no parallel and conflicting with the proceeding text. The miracle of the angelic announcement and the virgin birth are seemingly forgotten by both parents when Jesus refers to God as his Father.[1] For biblical scholars, the content of the story brings to mind the Gnostic gospels where the child Jesus brings life to entire flocks of clay birds and performs other miraculous deeds.[2] Of all four Gospel accounts, only Luke includes this lone story of a twelve year old Jesus confounding the teachers in the Temple in Jerusalem.

It is worth remembering that Luke was a Gentile and most likely was writing to a Gentile audience, probably in the eastern end of the Roman Empire. Most of the first readers of his Gospel would never have seen the temple nor visited Jerusalem. In a Roman culture immersed in emperor worship, Luke is presenting an account of Jesus that contrasts with the accounts of a deified Caesar Augustus, who was worshiped as a savior and called lord. Jesus is presented as unapologetically Jewish: going to Jerusalem for the Passover, in the temple, and traveling from his hometown of Nazareth. But Luke is using a Greco-Roman narrative structure that is so common to that culture as to be a standard literary trope and one which was popularized in stories circulating all over the Roman world about Caesar Augustus.[3] In the literature and folk lore from this period, it was standard to tell a story of a child at 12 years of age doing something extraordinary that foreshadowed the eventual greatness of the same child. Given his Gentile audience and that Luke was himself a Gentile, the structure of the piece makes more sense—as a Gentile, the stories of Caesar Augustus would have been more readily accessible and, not having Jewish sensibilities about the Roman Empire, Luke maybe have been prone to structure his account on what was a common cultural narrative.[4]

The key verse to this section is verse 49: “But why did you need to search?” he asked. “Didn’t you know that I must be in my Father’s house?”[5] Immediately preceding this, Luke describes a very puzzled Mary and Joseph, who had frantically searched for their son for three days, find him calmly questioning and listening to the religious teachers. These two verses together provide the climax of the story, verse 48 is the pinnacle of the rising action and verse 49 provides the actual climax, but it is a twist. The mystery of Jesus is revealed and the rest of the passage is falling action and resolution.

The mystery of Jesus is the Incarnation—a divine nature and a human nature that come together in the person of Jesus Christ. In this way, the passage in Luke 2 is a continuation of the birth narratives: a reiteration of who Jesus is. And in verses 48 and 49 the gospel writer is using his Greco-Roman trope to highlight not only the humanity of Christ (when Mary names herself and Joseph as his earthly parents) but the divinity of Christ (when Christ names his father as God the Father). This inclusion of the three day search echoes ahead to the three days of Christ’s death, before his resurrection, so that even in this story highlighting the wisdom and knowledge of Jesus foreshadows the cross.

The early church struggled for hundreds of years to codify the identity of Jesus. Heresy after heresy attempted to formulate an understanding of the Christ. The Donatists couldn’t allow that the divine would touch something as corrupt as the physical world and so postulated that Christ did not really exist in the flesh, but only appeared to have been physical. Arius, giving birth to the Arian heresy, struggled with the language of begotten and finally decided that there was a time when Christ was not, the first born of all Creation, but not co-eternal or co-equal with the Father. The Apollinarian heresy portrayed Christ as having a human body, but a divine mind. Nestorius, the Patriarch of Constantinople, claimed that Jesus was two distinct persons and so fell into heresy. The Monophysite heresy claimed that Christ had only one nature—either all divine or a synthesis of the divine and the human. It was not until the Council of Chalcedon in 451 A.D. that Christ was proclaimed to be perfect in Godhead and perfect in manhood, truly God and truly man, with a reasonable sour and body, co-essential with the Father and co-essential with humanity. The two natures were acknowledged as unconfused, unchangeable, indivisible, and inseparable—the distinction of the natures taking nothing away from the union, but each property of each nature being preserved and concurring in one Person and one substance.[6]

As the church looks toward celebrating the Incarnation through the season of Advent, it is imperative to remember who exactly Christ is and why this is important. Athanasius wrote that the unassumed is the unhealed, by this meaning that if Christ were not fully human, humanity is not fully saved. The gospels retell numerous accounts of Christ healing those who were sick or broken. Unlike sinful humanity, which, according to the law of Moses, would become unclean by touching what was unclean, Jesus, in his divinity, could touch the unclean and make it clean. The same occurs in the Incarnation—the divine nature and the human nature come to the world in one person—the baby Jesus—and human nature is made clean. He assumed human nature to heal humanity, his death on the cross broke the curse of sin, and his resurrection after three days sealed his triumph over death.

Melissa Wass is a 43 year old wife, mother of five, grandmother of two, and mission director at Dayton Central Church of the Nazarene. She has a BA in English and a B.S. in Philosophy/Theology from Indiana Wesleyan University, an MATS from NTS, and am currently working on an MDiv at United Theological Seminary.