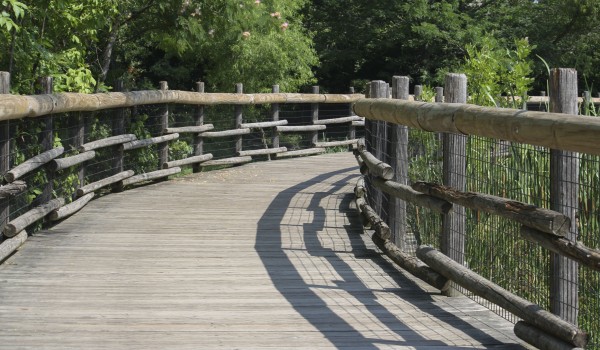 You’ll remember that long after the Exodus, and long after David had become Israel’s greatest king, the people of God began fight among themselves. Eventually the kingdom split in two, north and south. Whenever God’s people divide up, they make their faith a scandal, and themselves vulnerable to attack from enemies, and Israel’s neighbors dearly loved Israel’s infighting. Each side declared herself to be the true people of God. The prophets thundered out that both were wrong, and that neither were living faithfully into God’s dream for God’s own people.
And long after the prophets warned both nations again and again not to count on wealth and power and military might to rescue them, a day of judgment arrived. After the prophets had called Israel again and again to care for the poor, the widows and orphans, the foreigners and to treat others as God had treated them, an end came.
Both kingdoms were conquered by other nations and many people found themselves hauled away to captivity in Babylon, or to lost among the nations conquered by Assyria..

To all appearances, God was finished, fed up and worn out with his people.

To all appearances, the Babylonian gods had proven stronger than Israel’s god.
And those unwilling emigrants who found themselves living in the Babylonian capital saw the magnificent temples built for the worship of Marduk, the large and level roads leading to those temples, the gorgeous and elaborate ceremonies to the god of Babylon – the wealth and power of the King and his armies – and, well, they hung up their harps on the willow trees, turned aside from the god they felt had given up on them, and cried.

The God who had brought their ancestors up out of slavery in Egypt was either unable, or perhaps unwilling to do anything more for them.

Jeremiah told the angry, defiant Judeans to settle in and build homes, to quit rebelling, and to admit for once that their punishment was richly deserved. The prophets called the exiles to repent of having chosen other gods – to end forever their flirtations with other securities and other powers and to turn to God alone again, and wait to see his deliverance.

The readings we have today all refer to this time of exile – and to the prophet who preached to the exiles probably around 545 BC or a little later. It was only a generation after Nebuchadnezzar had conquered much of the world for Babylon that Cyrus, an upstart ruler of Media – Babylon’s great rival – entered the weakened city of Babylon without striking a single blow. And the day of Israel’s redemption came near. It was Cyrus, remember, who allowed them to return to Jerusalem.

But during those last years of exile, Isaiah heard the voice of God.  And what Isaiah saw was that God had not forgotten; that God was beginning to do a new thing; he saw the “signs of the times” and knew that the exile was coming to an end – and that God was coming to do for these people what He had done for his people when they were in slavery in Egypt.
He saw this: God was coming to save – not only to get them home from Babylon, but from their sins – their rebellion and apostasy and alliances with foreign gods.

And his first words are: “Comfort, comfort my people, says your God; speak tenderly to Jerusalem and cry to her that her time of service is ended – that her iniquity – her sin – is pardoned.”

And straight on the heels of that comes:

“A Voice cries: “In the wilderness prepare a way for Yhwh,
make straight in the desert a highway for our God.
Let every valley be lifted up and every mountain and hill be made low,
Let the uneven ground become level and the rough places a plain,
and the glory of the LORD shall be revealed,
and all flesh shall see it together –
for the mouth of the Lord has spoken.”

So in Isaiah – Who, really is to prepare the way?

And now God says, “Prepare a way” and the way is prepared – by God.

That has always been the point and the glory of salvation – that God does it – and for those exiled Judeans, God did do it. They went home again. And their repentance was real; never, ever again did Israel ever opt for foreign gods. The exile was an effective discipline by a Father who was crazy about his children. And when they had changed their minds about those other gods they so admired, when they were homesick enough for him, he himself came and built a way for them, and led them out, and took them home again.

But they had to turn around first. To re-pent. No point in God preparing a way back to Jerusalem if his people were all facing back to Babylon.

Remember the Exodus. Remember the complaining in the desert? Leeks and garlic and all that?

So did God. And so did the prophets.

And now in Luke we see John the Baptizer singing out the same thing. He also hears the voice of God and recognizes that once again Israel is in trouble. Once again the poor are being trampled, the rich honored for their wealth and not for their generosity, the widows and orphans ignored, bribery rampant, obedience to God reduced to following a list of rules – biblical rules, to be sure, but insignificant compared to the great commandments of trust and obedience and love.
And once again Israel is in the hands of a foreign ruler – Rome.

In fact, it is the unclean, law-breaking ordinary folks who had no time to argue the fine points of the law who do get it about God, who do repent, and who go out to John in the wilderness to be baptized as a sign of their changed minds and hearts. Our law is not about mint and cumin, they might have said. And Jesus did say it.

And so how does Luke see John: paraphrasing Isaiah, as a Voice crying in the wilderness – because that’s where John actually did work – Repent – turn around, change your minds, which is what Luke understand as: “Prepare the way of the Lord.”

But as always, and especially in the gospels, it is really God who prepares it. It is the people’s responsibility once again, as in Egypt, as in Babylon, as always, to turn around and walk in the Way he has prepared for them.

It is God who levels the mountains and fills in the valleys – It is God who will once again lead them out of slavery – not now from Egypt’s political slavery, not even from their forced obedience to Babylon only,  not even from slavery to their known sins, which would have been freedom enough  – but from human slavery to Sin itself –

God himself will level the paths and make them straight –

God will himself make a Way: Jesus,  for his people to walk on – and in, and all people – in fact the whole creation will see it – as even Isaiah had anticipated – the God of Israel ( a little provincial nobody God if you had asked the Romans, or the Egyptians, or the Babylonians – or for that matter, most Jews of first century Israel – a god who couldn’t quite compete on the world stage) – THAT God was coming again to rescue his own people.

Well, he’s quoting Isaiah – in which God prepares the way, and yet repentance is a kind of preparation too. And John preaches that. But it is not a call to fuller obedience to the ritual, or to the details of the law, or even to the correct interpretation of biblical texts;  it is an obedience of the heart turned to face God, and eager to do whatever God asks – an obedience that is glad and full of trust.

They do have to re-pent, of course, in order to do that.  They can’t follow the Way unless they really do repent, re-think, turn around, face the other direction: to walk in the new way that is being prepared for them, which they do not yet see. The way is Jesus. In Luke’s story, they don’t know that yet.

And the story is always the same – if you want to be saved, rescued, delivered, set free – the first thing you have to know is that you’re walking backwards, walking in the wrong direction, facing back into slavery, and being obedient to the wrong lord – a lord who despises you after all, who loves your miserable slavery.  You’ve got to recognize that you’re needing a deliverer, a rescuer, a redeemer, a savior –

Then it’s easy, you simply turn around.

And how does God treat a returning rebel?

Look back at Baruch. This book was written during the years between the exile and the coming of Jesus. It was written long after the actual exile and return, but as a kind of theological remembering of what it was like, a reflection on that time as if it were happening at the time of its writing.

You know how we people of God do this. We write plays and poems and paint pictures as if we were really seeing the biblical stories unfolding before our eyes. We don’t have any idea what Jesus actually said to most people, but we put words into his mouth. We don’t know how Herod felt, or what John the Baptist looked like, or how old Joseph was, but we paint as if we knew. And what we write and draw says a great deal about us – about what we remember and love and believe – about how we retell our own Christian story.

So what did Israel remember about that long and difficult return across the desert
to Jerusalem? How did they hear that unglorious re-beginning when there was no temple, no homes, and not even a finished wall of security around the city?

Now look at that!

The author is playing on Babylonian religious practice, when the wide road leading to the temple was filled with people thronging the street to sing praises to the god Marduk as he was carried into his temple on a throne. They went out to meet him and processed back with him, welcoming him into his temple. It is a standard royal procession made huge for the sake of the god.

But look at Baruch. In this version, it isn’t God’s image that is carried in procession – but look – it is God carrying his redeemed people home on a throne – they are his trophies – Do you see what kind of God you have here?

It is his own people who bear his image, who show the world who he is and what he is like – you. You are his treasure, his chosen, his beloved. And it is you who love him who are carried in triumphal procession, welcomed with shouts of gladness and brought home to rest.

This is why it is such a glorious thing to repent: you are cherished beyond all imagining!

So take courage, rejoice, and run straight into his will. His will is really, really, your peace.

Repent – the day of the Lord is near!