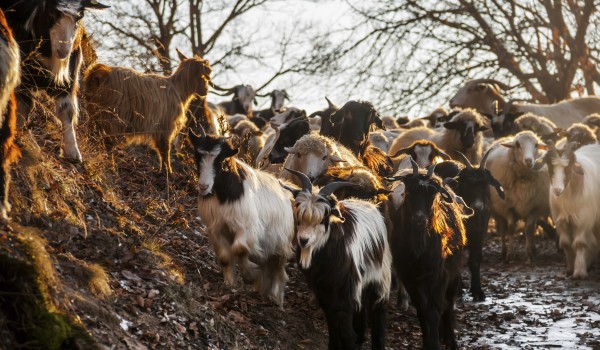 As we prepare for the third week of Lent, this year brings us to a gospel narrative that makes its way into all four gospels.  While readers are used to seeing this narrative in the context of the last few days of Jesus’ life (see Matthew 21:12-13, Mark 11:15-18, Luke 19:45-48), the author of this Gospel places the story near the beginning of Jesus’s ministry.  Indeed, while churches may be used to hearing this text during Holy Week activities, this cycle of texts places the story nearer the beginning of the journey to the cross in a way that matches John’s placement.

Because persons tend to be more familiar with the synoptic versions of this story, it will be helpful to point out some of the other ways that John’s narrative differs from the synoptic Gospels (Matthew, Mark, and Luke).   First, John’s narrative offers us a bigger vision of what is being sold and exchanged.  In the Synoptic narratives, we see moneychangers and persons selling doves as well as persons on both sides of the business exchange.  John sees sheep and cattle, painting a slightly more involved picture of the business going on in the temple courts.  John only notes those who are selling and exchanging, while those who are purchasing remain implied but invisible.

This leads us to our second difference in the narratives, the words of Jesus. With many Jews traveling over a great distance in order to bring their offerings and sacrifices to the temple, one can understand the necessity to purchase rather than transport the proper sacrificial animals.  There would have been a need for currency exchange for people living and trading in a Roman economic system to be able to give offerings in a currency deemed acceptable to the parameters of Jewish law and temple parameters.  This is important to recognize because while the roman coinage, stamped with the face of the Emperor, was the economic instrument of exchange, the coins used for temple offerings would have been coins minted in such a way as to be acceptable to the Jewish law.  In the Synoptic versions, Jesus accuses those involved in this business of being disreputable—robbers. One might imagine that the need for exchange of currency and purchase of proper sacrifices would indeed create a situation where those with the appropriate animals and currency could stand to gain considerably from travelers who, in order to be faithful to their religious system, would be at the mercy of those who were selling and exchanging unacceptable resources for acceptable animals and offerings. We hear Jesus quoting Isaiah 56:7 and Jeremiah 7:11 here. But this is not the image we get from the Gospel of John.

The voice of Jesus in John points to an issue of whether the temple is being used properly or not.  The accusation in John is that the temple has become a market or a place of business. (2:16).  For Jesus in John, the issue is not that business is being done in bad faith (Matthew, Mark, Luke) so much as business is being done at all.  More than that, this is no critique of temple practices from a prophet.  This is one who speaks with authority over the temple; “My Father’s house” (2:16). Gilberto Ruiz says, “By disrupting the well-established and accepted economic practices of the temple, Jesus publicly reveals he is more than a pilgrim visiting the temple. He is Son of the God who dwells in that temple, and as such he has the authority to disrupt the temple’s usual activities.”

The disciples “remember” twice in this gospel passage (vv 17, 22).  They remember the passage in Psalm 69.9 as they see Jesus clear the businesses from the temple.  After Jesus is resurrected, they will remember back to this moment where Jesus asserts that a temple will be rebuilt in three days.  John lets us know that the disciples will understand this at some future point, though they may not comprehend it at the moment it is happening.

Often this text is read for what it negates—unethical temple practices.  While one could reasonably conclude that from the synoptic versions, a careful reading of John’s telling leads one to conclude that John is much more concerned with communicating something positive, that is, the scope of Jesus’ authority. Gilberto Ruiz helps clarify this positive role for the story in John. “He appears in Jerusalem making a bold statement not so much ‘against’ anything as much as ‘for’ his authority to represent and reveal the God of the temple, whom he knows intimately as his Father.”

This is a text that points out Jesus’ authority over the religious apparatus of Judaism.  This is not so much a critique as it is a heads up that Jesus is not bound by it, and indeed, is able to step in to correct misunderstandings.  God is not the temple.  Jesus speaks over the temple in a way that no one in the text understands at the time.  They are not used to seeing someone speak with authority OVER the authority of the temple.  Richard Beck says, “the principalities and powers will always seek to capture and enslave God in an attempt to use the name of God to underwrite current power arrangements.”

In Lent, one of the ways Christians confess is to confess the ways we have sought to make our religion and religious practices “God” and in so doing seek to control “God.”  This is not a week to critique the church as religious system as much as it might be an opportunity for confessing the ways we allow, and even desire, a religious system or practice (personal, local, denominational) to become ultimate in our lives taking the place of the God revealed in Jesus.  This does not seek to negate or marginalize religious organization or practice.  Instead, it sets these in a proper place; under the authority of God and able to be critiqued by God.  That kind of confession and realization can bring great freedom in a person’s life.  With this honesty, we are able to embrace faith and the practices of that faith in a penultimate kind of way, not seeking life in the practices alone, but in the God who inhabits our faith and is free to clear the courts of our practices when we begin to set them up over God.