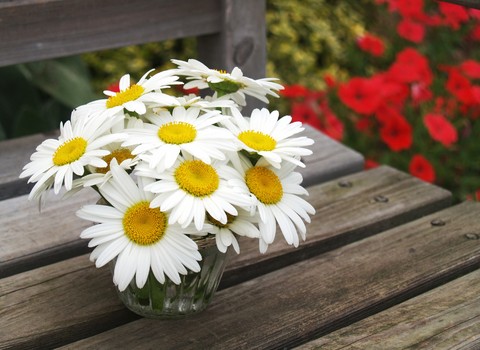 Remember how it began? In 46BC, Julius Caesar reformed the wildly inaccurate Roman calendar. It worked more or less well for centuries, but by the 16th century, the discrepancy had added up to nearly eleven days!

Recognizing this mounting difficulty, Pope Gregory XIII reformed the calendar again in 1582. He just dropped the missing days altogether – which drove some people nuts – and tinkered with the calendar system so that it was, and is, much more accurate. He also changed the legal date of the New Year from spring to January 1.

His scientific reform occurred at the height of the Protestant Reformation, however, and so Protestant countries, including England, refused to adopt the Papist calendar until much later – 1752.

By then, the discrepancy had added up to more than 11 days, and English citizens participated in actual calendar riots, demanding their eleven days back! Now THAT’s the messiness of daylight savings on a huge scale!

Even in Catholic France, many folks refused to adopt the new calendar after 1582, and continued to celebrate the first day of spring 10 days “late”, on April 1.

For them, Spring, not the dead of winter, was the REAL “new year,” and they didn’t want to mess with it!

Those holdouts were called, “April Fools.”
The April Fools were the ones who kept on celebrating the New Year as if it were the beginning of spring – which, after all, makes excellent sense. They were the foolish ones who couldn’t take the mid-winter gloom seriously as the beginning of anything. They knew about new life – and the New Year, too, for that matter.

A new year began with plowing, with planting seeds in dark, warm earth to die – and to be born again as wheat, or flowers. Dead vines dug deeply into the bare ground to sprout, grow and become grapes. Bread and wine – bread of life and joy of heaven!

I have been smiling to myself all week about this most happy of coincidences. This year, when the church celebrates Palm Sunday, it lifts up that poor fool Jesus, riding on a donkey into Jerusalem, claiming to be King. He is followed by crowds: poor folk, women and children, the marginal, the ones nobody much cared about until they got together and began to look like a mob – people who, in their turn, didn’t much care what the religious or political authorities thought about their man.

Well, look at them! They’re fools too, throwing their poor cloaks to the ground to be trampled by the donkey’s hooves, as if Jesus WERE royalty, shouting snatches from the familiar psalms of King David – shouting “Hosanna!” – waving branches to honor the Nazarene pretender.

Caesar is King – and Lord – and God. King of all kings. Lord over all the other lords of this world. Undisputed master of the known world.

All we’ve got in this story is a poor country boy shooting off his mouth to people in authority, followed by a motley crew, a rag-tag crowd of undesirables. Everywhere he goes, he says things that make no sense: he urges folk to give up their own lives and die with him – to find life.

He tells them to give up all their security, their plans for the future, their pathetic dreams and fling them all away to God only knows where – and run after this fellow who’s never had any real estate to call his own.

He promises to let the Romans lift him up on a cross to set them free – rather than to bring in the armies of angels he claims he could call down.

Power, magnificent splendor and privilege – a good long life safe from treason and poison, rich with the spoils of warfare, more land, more people, more power and influence.
That’s what makes a real king. Isn’t it?

If you are here today believing that Jesus – riding straight into the hands of the Romans authorities without any weapons at all is King – if you believe that this man standing silent before Pilate and dragging a cross out to Golgotha is King – that the crown of thorns is a better crown than Caesar’s, and makes him King . . .

If you refuse to accept reality . . .
If you still insist on believing that seeds falling into the dead ground and dying themselves makes for a joyous new year . . .
If you can’t accept the hard reality that might equals right, that money equals power, that what you see is what you get –

Well then, be an April fool! Follow the dead man riding on the donkey.
Shout all the hosannas you want. Just see where THAT gets you.

Because I already know. By tomorrow, when the reality of what you’ve done suddenly hits you, you’ll be screaming, “crucify him!” like all the rest.

Doing everything you can to escape the mocking glances of your neighbors.
Scared to death someone might recognize you as one of his.
Scared to death that the man on the donkey might actually have meant what he said about losing your life in order to save it. Expecting you to mean it, too.
You still have time to change your mind. Put down those silly branches and turn off the path. Don’t be such a fool, breaking your hearts following an April fool: Look to reality.
Caesar is Lord! Isn’t he?