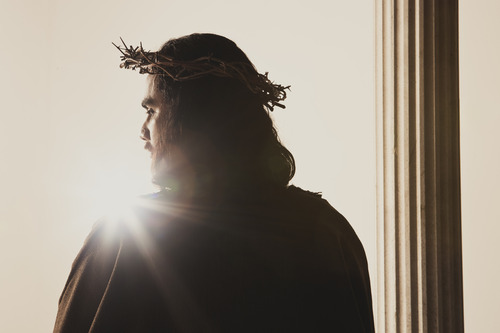 John 19:9
The Reverend Dr. Bruce Allder
District Superintendent of the Western Australia District and Principal/President of the Nazarene Theological College in Brisbane, Australia.

Enough
Worry and stress are not hard to find for us, God,
we do them without thinking.
There is always the potential of threat
to our security,
our comfort
our health
our relationships,
our lives,
and we foolishly think that we could silence the fear
if we just had enough money,
enough insurance,
enough toys,
enough stored away for a rainy day.
It’s never enough, though;
the voice of our fear will not be dismissed so easily.
But in the small, silent places within us is another voice;
one that beckons us into the foolishness of faith,
that points our gaze to the birds and flowers,
that, in unguarded moments, lets our muscles relax,
and our hearts lean into loved ones;
in unexpected whispers we hear it,
calling us to remember your promises,
your grace,
your faithfulness;
And suddenly, we discover
that it is enough.
Amen. By John Van De Laar. (The Weavings XXV #4 )
The sound of the sheer silence of faith is deeper than circumstances. It is a confidence in our Heavenly Father so we pray, “Not my will, but Thine be done”.
Blessed are those whose strength is in You, Who have set their hearts on pilgrimage. As they pass through the Valley of Bacca, they make it a place of springs (Ps 84: 5 & 6 NIV)